The commercial banking industry in India started in 1786 with the establishment of the Bank of Bengal in Calcutta. 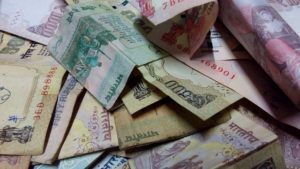 In 1865, the Allahabad Bank was established purely by Indian shareholders. Punjab National Bank came into being in 1895. Between 1906 and 1913, other banks like Bank of India, Central Bank of India, Bank of Baroda, Canara Bank, Indian Bank, and Bank of Mysore were set up.

After independence, the Government of India started taking steps to encourage the spread of banking in India. In order to serve the economy in general and the rural sector in particular, the All India Rural Credit Survey Committee recommended the creation of a state-partnered and state-sponsored bank taking over the Imperial Bank of India and integrating with it, the former state-owned and state associate banks. Accordingly, State Bank of India (SBI) was constituted in 1955. Subsequently, in 1959, the State Bank of India (subsidiary bank) Act was passed, enabling the SBI to take over eight former state-associate banks as its subsidiaries.

To better align the banking system to the needs of planning and economic policy, it was considered necessary to have social control over banks. In 1969, 14 of the major private sector banks were nationalised. This was an important milestone in the history of Indian banking. This was followed by the nationalisation of another six private banks in 1980. With the nationalisation of these banks, the major segment of the banking sector came under the control of the Government. The nationalisation of banks boost to branch expansion in rural and semi-urban areas, which in turn resulted in huge deposit , thereby giving a boost to the overall savings rate of the economy. It also resulted in scaling up of lending to agriculture and its allied sectors.

To create a strong and competitive banking system, a number of reform measures were initiated in the early 1990s. The thrust of the reforms was on increasing operational efficiency, strengthening supervision over banks, creating competitive conditions and developing technological and institutional infrastructure. These measures led to the improvement in the financial health, soundness and efficiency of the banking system.

One important feature of the reforms of the 1990s was that the entry of new private sector banks was permitted. Following this decision, new banks such as ICICI Bank, HDFC Bank, IDBI Bank (public bank) and UTI Bank (now Axis Bank) were set up.

Commercial banks in India have traditionally focused on meeting the short-term financial needs of industry, trade and agriculture. However, the increasing diversification of the Indian economy, the range of services extended by commercial banks.

Currently, commercial banks in India are categorised into five different groups according to their ownership and/or nature of operation:

Foreign banks with branches in India

Facts about Bank of Madras

Facts about Bank of Bombay

Facts about Bank of Calcutta

Facts about Bank of Calcutta

How much tax do you pay on savings bank account interest?