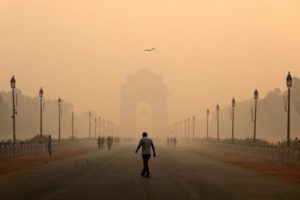 Delhi tops the chart of the most polluted city in the world, according to the weather forecasting agency Skymet.

Delhi air quality broke all records on November 5, when it was in the hazardous range for nine consecutive days, making this the longest spell of hazardous air quality since public records began, according to Air Visual.

With the AQI of 527, Delhi becomes the most polluted city in the world. With the AQI of 234, Lahore comes in the second position. Third is Tashkent with an AQI reading of 185. Fifth is Kolkata at 161.

Six of the top 10 highest polluted cities are in India and its neighbouring countries including Delhi, Karachi, Lahore, Mumbai, Kolkata and Kathmandu, according to Skymet report.

Mumbai is in the ninth with an AQI of 153 and Kathmandu in Nepal is at the tenth spot at 152.